Why Warlords of Draenor May Get Me Back Into WoW 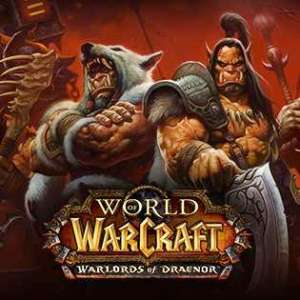 I haven’t really quit WoW. I have tried. Believe me, I have tried. There are just those times though, where you really don’t want to be doing anything, but yet you feel as if you should be doing something, no matter how easy or insignificant. So even though I often will throw the TV on and blindly level an alt, or go mount-hunting in Kara, I have not actually been playing WoW in some time. I still pay every month, I log on once every few days, but I don’t really play at all, but I play. Does that make sense? Kinda? Alright, good. Okay point is that the more I read about the new expansion, Warlords of Draenor, the more it seems like something that will get me back into WoW, perhaps actually doing endgame content in something other than a half-hearted LFR setting in which I die a lot because I cannot be bothered to pay attention. Why you ask?! Okay maybe you didn’t ask, but let’s talk about it anyway. Please can we? Thanks, you’re the best.

New Character Models: Those new models look friggin fantastic. WoW has never been a game about top end graphics, it has been more about finding a middle road that everyone can run. However, as the game has gone on, the engine has proven to be very adaptable, allowing for a lot more than I am sure Blizzard ever thought would be possible. The new races (Worgen, Goblins and Pandaren) all look fantastic and that is great, a real technical feat from Blizzard. However in making these races animate so well and be just so full of life, it has shone a huge spotlight on just how dated the older models are. Humans have always had horrible faces, but next to a Worgen, they just look worse. The Forsaken look silly now, and the Tauren are basically just a few stretched polygons. Blizzard is finally fixing this and from what has been revealed so far, the game is getting a fresh lease on life with the new models. Everyone is so animated, but retaining the style and overall feel of each race it seems. I cannot wait to see the options all my older toons have available to them when Warlords drops.

Boosting Someone to Level 90: This kind of reminds me of the deal Blizzard had going on with the Scroll of Resurrection where if you came back you got to make a fresh character at level 80. This is even better though, as it gets you now all the way through Pandaria and right into the new stuff. This is the ultimate solution for friends who are on different servers and don’t want to pay for transfers, or someone who just wants to see all of the new content from the other faction side and wouldn’t normally have such an alt handy. Blizzard has also said they may sell additional boosts, and I am honestly all for that. While I probably will never buy a second one, I am all for Blizz giving people the option, especially with the level cap finally hitting 100. Tons of people play WoW simply for the endgame, and being able to skip the vast majority of the alt time sink is both a great option to give to people who have more money than time, and a great way for Blizzard to make some extra cash. I am thinking I may end up making an Undead Warlock, or maybe an Alliance Rogue (I have never been able to play one of those at low level).

Normal Raiding Becoming Flex Raiding: Getting rid of 10’s and 25’s and changing a raid into a single, dynamic thing is amazing, and I cannot stress enough how much this will make raiding nights easier for groups. Especially at times like Summer and the holiday seasons, guilds tend to lose players for extended periods of time, which can throw raid groups (especially 25’s) into chaos, trying to rummage up replacements and such. This will no longer be the case, as now if 5 people cannot come to your raid, fine, you just raid with 20. This takes one of the more annoying aspects of leading a raid, roster management, and makes it a much more manageable affair. It is still a good idea to have alternates in your group, and make sure you have an attendance policy so people don’t fall too far behind in gearing, but losing some people for a week or two won’t be nearly as damning to a group as it has been in the past.

The one bummer about raid group changes is the new top tier of raiding, the Mythic tier, is locked to 20 people. It is a bummer because it forces strictly 10-man groups to scramble to find new players, and forces the strictly 25-man groups to start making some tough cuts. But in reality this affects a smaller population in the whole of the WoW playing population. It sucks, but the changes, especially with there now being two Flex sizes (Normal and Heroic), it makes for a much more relaxed raiding atmosphere. I think this is a sort of system I could thrive a lot better in, as my work schedule does change a lot and things do often come up. It gives the flexibility of LFR, but the group potential of normal raiding. Really the best of both worlds.

Gear Seems Like It Will Be Fun: For…so long now, the process of gearing, especially when you first hit the level cap in WoW has been the same for DPS. Cap hit and expertise, then go for secondaries, make sure you get your meta bonus. Reforging made that whole process almost a whole game unto itself, as did the fact everything had a ton of gem slots. Don’t forget to add the enchants on top of that. Frankly it was a lot of stuff that had to be done to one piece of gear, and if you were lucky enough to get more than one piece on a raid night, things got really hairy, and there was way too much to juggle.

Warlords of Draenor is fixing…a lot of this. First of all, hit and expertise? Gone. As is dodge and parry. Hell even reforging is gone. It seems Blizzard deemed that grand experiment a failure. Also more enchants are going the way of head enchants, giving us far less we need to worry about. Gem slots are being made more rare as well, and the gems themselves more powerful. This will be accompanied by the loss of meta gems entirely, and I believe socket bonuses. We will be a lot freer to gem the way we want to gem, and not just to make sure we are hitting some minimum threshold for raid requirements. Now I am sure there will still be ideal builds, and these will still be adhered to as much as possible, but the process will be a lot more fluid now, and not being optimal stat-wise will not be nearly as damning as it has been for a long time now.

What is going to happen to all the gear though? With no hit and such, will just all gear be haste, crit and mastery now? Hell no. Blizzard is throwing a few, more dynamic stats into our gear. Right now they seem to be running with Amplify, which has the ability to raise a stat on the whole of your equipment set by a certain multiplier, Multi-strike which is exactly what it sounds like, and Readiness, which will reduce the cooldowns of certain class abilities. These sound a lot better than what is going away, and while again, there will be the ideal build for the hardcore; these stats do not sound like they will have to be stacked to so many breakpoints and such to achieve full effect and fun. It seems more like we will get a certain degree of everything running through our gear that will lead to a less scientific, but more fun way of fighting.

On top of the new secondary stats, Blizzard is adding tertiary stats to our armor. But these stats will not so much affect gameplay as much, and will be random on gear. Things like run speed, life steal and durability protection will be making a debut it seems like, and according to the game designers, will be hard as hell to stack and make a really big presence on any build you have. I am honestly all for this sort of thing as it adds a Diablo-esque flavor to loot acquisition that can keep players trying for more gear, even after they get what is technically best in slot.

You Won’t Need A Completely Different Set Of Gear For Offspec: The last thing that gets me extremely excited for Warlords of Draenor is how stats on gear will be changing. For the longest time now, a Paladin that wanted to keep two specs, a DPS and Healing spec, needed to keep their Int-Plate as well as their Str-Plate. Oftentimes this would be annoying just to assemble, especially as one hits a new level cap and needs to deal with all the substandard gear they have on. Things will be getting a lot easier in that respect soon. Starting in the next expansion, the primary stats on certain pieces of gear will change depending on the spec you’re in. Those Str-Shoulders you wear as a Ret Paladin will be changing to Int-Shoulders once you go into your Holy spec. This seems to affect all pieces of gear on your person that have your armor type. So rings, trinkets, cloaks, necks and weapons will not change over. But everything else should it seems. This is going to cut down on having to farm up a second set of gear dramatically, and will allow those who just want to do 5-mans in a different spec to perhaps side-step a new gear buildup entirely, especially once we outgear the content.

A lot of the things that really have me excited about the next expansion seem to be quality of life changes. While other things, like the Garrison system seem to be cool, I am not sure I have enough information yet to really make an informed judgement on it. Farming was fun for a bit in MoP, but I eventually tired of the daily chore. Hopefully Garrisons don’t get like that. There are also a bunch of little changes coming to UI’s and bags which seem really great, and a lot of things being done to reduce the amount of bagspace things take up. While these things are extremely welcome, the stuff listed above is what I really think is the good stuff that can get me back into, and keep me playing WoW more seriously than I have even thought of playing it since Wrath of the Lich King. If anyone wants to talk more Warlords with me, feel free to comment below.